They may look good enough to eat, but Japan's mouthwatering food replicas are only for show as restaurateurs compete for the attention of hungry customers.

They're common sights in this food-obsessed nation, with everything from sudsy drinks and perfectly glazed sushi to hamburgers and deep-fried meat cutlets on display.

Making fake food is a craft that Noriyuki Mishima has spent the last six decades perfecting.

"I haven't counted but I must have made tens of thousands of these dishes," said the 79-year-old, as he painted a plastic roast of beef.

"The toughest thing is probably getting the colour right."

There are no complex machines or special tools at Hatanaka, an eight-person firm in a Tokyo suburb where veterans like Mishima see themselves as artists.

They don't use wax anymore - it's durable silicone these days - but the practice has otherwise changed little since the first replicas were made in Japan about a century ago.

During the early 1920s, artists producing models of human organs for doctors, were approached by restaurants to do the same thing for the food they wanted to sell.

The idea spread rapidly as eating out soared in popularity and rural people flocked to the cities. Unused to what city restaurants had to offer, the models gave country dwellers and locals alike a quick visual rundown of the chef's specialities.

They're also a handy point-and-order option for foreign tourists in a country where most menus are in Japanese only.

Hatanaka doesn't worry much about new technologies, such as 3-D printers, taking over the food replica business.

"3-D printers cannot recreate an artist's touch and it would ultimately be more expensive because the materials are pricey and you'd still have to keep painting them," he says.

"It's a job for humans who have the creativity that machines lack. They don't know what is beautiful and appetising."

Any food can be recreated from a silicone mold, whether it's a spongy cake or sizzling hamburger.

Each bit - bun, meat, tomato, cheese - is made separately before they're painted and assembled piece by piece.

The last step is a coat of varnish to give food a glistening look sure to catch the eye of peckish passers-by.

But replicas don't come cheap. A single dish can cost several hundred dollars, so some restaurants rent food model sets by the month for upwards of 6,000 yen ($50). 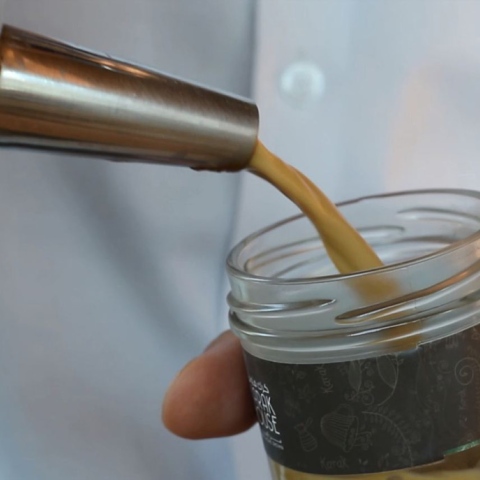