They wear uniforms, carry satchels and eagerly recite the alphabet in class, but the students here are different - this is a "school for grannies".

Deprived of an education as children, the women - most of whom are widows and aged between 60 and 90 - are finally fulfilling a life-long dream to become literate through this unique initiative near Mumbai.

"I never went to school as a child. It feels great to come now and study with my friends. We have so much fun," 62-year-old Gulab Kedar tells AFP, beaming with pleasure. She along with the rest of the class wear matching pink saris.

The school, which marks its first anniversary on International Women's Day on Wednesday, is challenging traditional attitudes common to many Indian villages and helping its women shed the stigma of illiteracy.

Every day, 29 pupils take the short walk from their homes in Phangane village, in the Thane district of Maharashtra, to Aajibaichi Shala, meaning "school for grannies" in the local Marathi language.

Grandchildren wave them off, or sometimes accompany them, not that this group need to be cajoled into going. They proudly carry matching satchels each containing a slate, a piece of chalk and a textbook.

From 2pm to 4pm they sit cross-legged on the floor of the small outdoor classroom, which is made from bamboo, its roof thatched with hay.

Under the guidance of 30-year-old teacher Sheetal More they read simple text and carefully practise writing their names on their slates - two things none of them could do 12 months ago. They also learn basic arithmetic.

The women, many wearing bangles and elaborate nose rings, all have a similar story to tell. As youngsters they stayed at home or worked while their brothers got an education. They married young and were then expected to raise children and look after the home.

The facility is funded by a local charitable trust and is the brainchild of Yogendra Bangar, a teacher at Phangane's primary school for the last 3 years.

He struck upon the idea early last year when some of the women complained that they couldn't take part in public readings during religious celebrations.

Bangar says the school - including its colourful uniform, which was purposefully chosen - is playing an important role in fostering respect for women. He also hopes it can be an example to other villages. 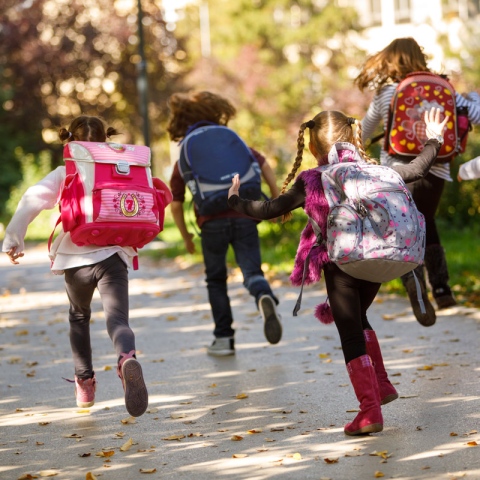 The new school year in Dubai is upon us, so the roads will be getting busier and the supermarkets definitely crazier on